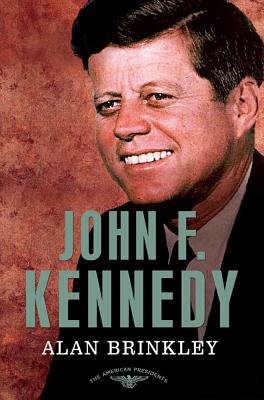 John Fitzgerald Kennedy was a new kind of president. He redefined how Americans came to see the nation's chief executive. He was forty-three when he was inaugurated in 1961—the youngest man ever elected to the office—and he personified what he called the "New Frontier" as the United States entered the 1960s.

But as Alan Brinkley shows in this incisive and lively assessment, the reality of Kennedy's achievements was much more complex than the legend. His brief presidency encountered significant failures—among them the Bay of Pigs fiasco, which cast its shadow on nearly every national-security decision that followed. But Kennedy also had successes, among them the Cuban Missile Crisis and his belated but powerful stand against segregation.

Kennedy seemed to live on a knife's edge, moving from one crisis to another—Cuba, Laos, Berlin, Vietnam, Mississippi, Georgia, and Alabama. His controversial public life mirrored his hidden private life. He took risks that would seem reckless and even foolhardy when they emerged from secrecy years later.

Kennedy's life, and his violent and sudden death, reshaped our view of the presidency. Brinkley gives us a full picture of the man, his times, and his enduring legacy.

Alan Brinkley (1949-2019) is the author of The Publisher: Henry Luce and His American Century, which was a Pulitzer Prize finalist. He is also the author of Voices of Protest: Huey Long, Father Coughlin, and the Great Depression, which won the National Book Award, and The End of Reform: New Deal Liberalism in Recession and War. He was the Allan Nevins Professor of History at Columbia University and also taught at Harvard, Oxford, and Cambridge. He lived in New York City.