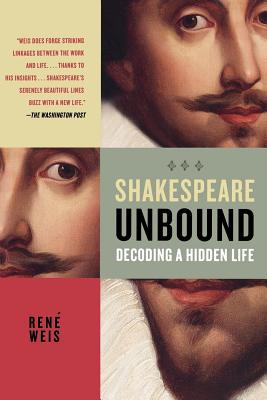 At last—a key that unlocks the secrets of Shakespeare's life

Intimacies with Southampton and Marlowe, entanglements in London with the elusive dark lady, the probable fathering of an illegitimate son—these are among the mysteries of Shakespeare's rich and turbulent life that have proven tantalizingly obscure.

Despite an avalanche of recent scholarship, René Weis, an acknowledged authority on the Elizabethan period, believes the links between the bard's life and the poems and plays have been largely ignored. Armed with a wealth of new archival research and his own highly regarded interpretations of the literature, the author finds provocative parallels between Shakespeare's early experiences in the bustling market town of Stratford—including a dangerous poaching incident and contacts with underground Catholics—and the plays.

Breaking with tradition, Weis reveals that it is the plays and poems themselves that contain the richest seam of clues about the details of Shakespeare's personal life, at home in Stratford and in the shadowy precincts of theatrical London—details of a code unbroken for four hundred years.

René Weis is a professor of English and vice-dean of the faculty of arts and humanities at University College, London. He is the author of The Yellow Cross and Criminal Justice.
Loading...
or support indie stores by buying on