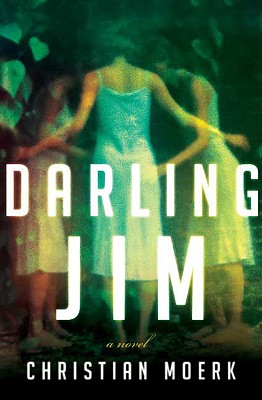 A modern gothic novel of suspense that reveals, through their diaries, the story of sisters who fall in love with a beguiling stranger, and of the town that turns a blind eye to his murderous ways

When two sisters and their aunt are found dead in their suburban Dublin home, it seems that the secret behind their untimely demise will never be known. But then Niall, a young mailman, finds a mysterious diary in the post office’s dead-letter bin. From beyond the grave, Fiona Walsh shares the most tragic love story he’s ever heard—and her tale has only just begun.

Niall soon becomes enveloped by the mystery surrounding itinerant storyteller Jim, who traveled through Ireland enrapturing audiences and wooing women with his macabre mythic narratives. Captivated by Jim, townspeople across Ireland thought it must be a sad coincidence that horrific murders trailed him wherever he went—and they failed to connect that the young female victims, who were smitten by the newest bad boy in town, bore an all too frightening similarity to the victims in Jim’s own fictional plots.

The Walsh sisters, fiercely loyal to one another, were not immune to “darling” Jim’s powers of seduction, but found themselves in harm’s way when they began to uncover his treacherous past. Niall must now continue his dangerous hunt for the truth—and for the vanished third sister—while there’s still time. And in the woods, the wolves from Jim’s stories begin to gather.

“Spellbinding. . . Aglow with fairy-tale inflections, this hypnotic, neo-Gothic suspense story unfolds like a hothouse bloom, lush and pungent; it’s a sprig of nightshade, all petals and poison. And it heralds the arrival of an astonishingly gifted storyteller. . . Sly, wry and utterly original.”—Daniel Mallory, The Washington Post

“Moerk, a former film executive, would do very well carrying on the seanchaí tradition in any dark, cozy Irish pub. He weaves a creepy, entertaining, sometimes outlandish tale about the perils of loving the wrong guy. A chilling bedtime story for adults.”—People (three stars)

“Christian Moerk . . . writes the best novel I've read in more than a year. . . I recommend this exotic book to all readers - not as ‘just a mystery’ but as a superb and inventive literary tour-de-force.”—Cleveland Plain Dealer (Grade: A)

“Enthralling. . . . Moerk shows how the various forms of storytelling—myths, fairy tales, horror and crime fiction—each have the strength to entertain, to reflect society’s concerns and to show people at their best and worst.”—Oline H. Cogdill, Florida Sun Sentinel

"Darling Jim is wickedly good. From its shocking beginning to the unwinding stories of three sisters, the tale spirals like a Celtic knot, wending back into authentic Irish folklore and forward into the modern world where storytellers have a dangerous charm. A page-turner of the highest sort."—Keith Donohue, author of The Stolen Child

"A dark, seductive fairy tale of a book. Christian Moerk is a thrilling storyteller."—Gillian Flynn, author of Sharp Objects

"Darling Jim is a delicious, dangerous and very original story within a story, exactly what I love to read."—Pam Lewis, author of Speak Softly, She Can Hear and Perfect Family

Born and raised in Copenhagen, Denmark, Christian Moerk moved to Vermont in his early twenties. After getting his MS in journalism at Columbia University, he was a movie executive for Warner Bros. Pictures, and later wrote about film for "The New York Times." "Darling Jim" is his first novel published in America. He lives in Brooklyn, New York.
Loading...
or
Not Currently Available for Direct Purchase