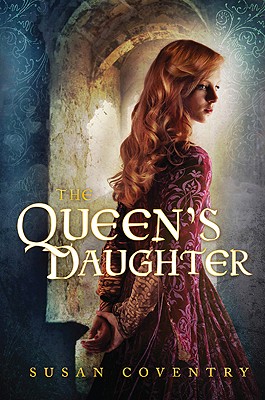 Joan’s mother is Queen Eleanor of Aquitaine, the most beautiful woman in the world. Her father is Henry II, the king of England and a renowned military leader. She loves them both—so what is she to do when she’s forced to choose between them? As her parents’ arguments grow ever more vicious, Joan begins to feel like a political pawn.

When her parents marry her off to the king of Sicily, Joan finds herself stuck with a man ten years her senior. She doesn’t love her husband, and she can’t quite forget her childhood crush, the handsome Lord Raymond.

As Joan grows up, she begins to understand that her parents’ worldview is warped by their political ambitions, and hers, in turn, has been warped by theirs. Is it too late to figure out whom to trust? And, more importantly, whom to love?

The Queen's Daughter is a 2011 Bank Street - Best Children's Book of the Year.

Praise For The Queen's Daughter…

"A great debut...a good introduction to the fascinationg lives of this incredible family."

"Historical fiction about British royalty, set in the twelfth century no less, is unusual, and for that reason alone, this first novel is a solid choice…the settings are vividly imagined, and readers will champion Joan in her search for love." --Booklist

"...an impressive first effort and an interesting story." --Kirkus Review

Susan Coventry is a physician living in Kentucky with her husband and two children. "The Queen's Daughter," her debut novel, is the product of her addiction to historical fiction, her fascination with the Middle Ages, and her urge to do something creative.
Loading...
or
Not Currently Available for Direct Purchase