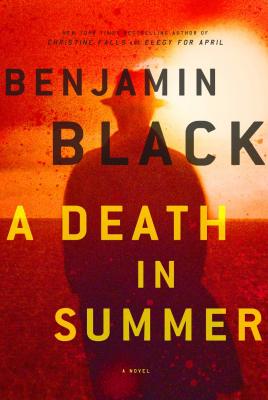 A Death in Summer

One of The Chicago Tribune's Best Reads of 2011

On a sweltering summer afternoon, newspaper tycoon Richard Jewell—known to his many enemies as Diamond Dick—is discovered with his head blown off by a shotgun blast. But is it suicide or murder? For help with the investigation, Detective Inspector Hackett calls in his old friend Quirke, who has unusual access to Dublin's elite.

Jewell's coolly elegant French wife, Françoise, seems less than shocked by her husband's death. But Dannie, Jewell's high-strung sister, is devastated, and Quirke is surprised to learn that in her grief she has turned to an unexpected friend: David Sinclair, Quirke's ambitious assistant in the pathology lab at the Hospital of the Holy Family. Further, Sinclair has been seeing Quirke's fractious daughter Phoebe, and an unlikely romance is blossoming between the two. As a record heat wave envelops the city and the secret deals underpinning Diamond Dick's empire begin to be revealed, Quirke and Hackett find themselves caught up in a dark web of intrigue and violence that threatens to end in disaster.

Tightly plotted and gorgeously written, A Death in Summer proves to the brilliant but sometimes reckless Quirke that in a city where old money and the right bloodlines rule, he is by no means safe from mortal danger.


Praise For A Death in Summer…

"Black’s drab Dublin streets are full of perplexing figures, archetypes, as if the characters were stalking through some Jungian map of the unconscious: weakened, dying fathers, good mothers, bad mothers, twins, ‘dark doubles,’ ghosts surging up from the past… His narratives are loaded with poetic devices."—The New Yorker

"Black has improved with every book, and the latest, A Death in Summer, is his best yet… [Black] knows how to create a first-rate sleuth—the ungainly, middle-aged Dublin pathologist Quirke, a man who can never seem to keep his nose out of trouble."—Malcolm Jones, The Daily Beast

"The author of the Booker Prize-winning The Sea, Banville is a literary artist, whereas Black is a craftsman who churns out page-turning crime tales… Banville’s latest Benjamin Black novel is another complex character study disguised as a plot-driven work of genre fiction."—The Kansas City Star

"[A Death in Summer] is an elegant novel, well-paced with dramatic twists, disturbing surprises and richly drawn characters whose actions and motives have a tangible psychological depth.

Mr. Black/Banville is well in form here... It can be either plunged into without any need to reference the previous three or else taken as a welcome new installment of a sequential quartet by one of Ireland’s leading contemporary novelists."—New York Journal of Books

Benjamin Black is the pen name of the novelist John Banville. As Black, he is the author of the bestselling and critically acclaimed Quirke novels, including "Christine Falls," "The Silver Swan," and "Elegy for April," and his standalone novel, "The Lemur." "Christine Falls" was nominated for both the Edgar Award and Macavity Award for Best Novel. Writing as John Banville, his novel "The Sea" is the winner of the 2005 Man Booker Prize. Black was born in Wexford, Ireland, and lives in Dublin.