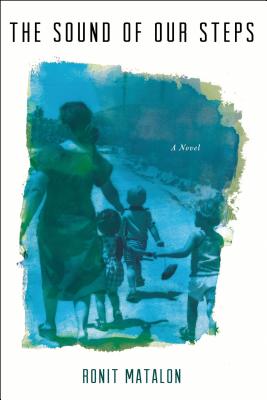 The Sound of Our Steps

Gorgeously observed and emotionally powerful, The Sound of Our Steps is an inventive novel of immigration and exile from Ronit Matalon, a major voice in contemporary Israeli fiction

In the beginning there was Lucette, who is the mother to three children—Sammy, a gentle giant, almost blind, but a genius with locks; Corinne, a flighty beauty who cannot keep a job; and "the child," an afterthought, who strives to make sense of her fractured Egyptian-Jewish immigrant family. Lucette's children would like a kinder, warmer home, but what they have is a government-issued concrete box, out in the thorns and sand on the outskirts of Tel Aviv; and their mother, hard-worn and hardscrabble, who cleans homes by night and makes school lunches by day. Lucette quarrels with everybody, speaks only Arabic and French, is scared only of snakes, and is as likely to lock her children out as to take in a stray dog.

The child recounts her years in Lucette's house, where Israel's wars do not intrude and hold no interest. She puzzles at the mysteries of her home, why Maurice, her father, a bitter revolutionary, makes only rare appearances. And why her mother rebuffs the kind rabbi whose home she cleans in his desire to adopt her. Always watching, the child comes to fill the holes with conjecture and story.

In a masterful accumulation of short, dense scenes, by turns sensual, violent, and darkly humorous, The Sound of Our Steps questions the virtue of a family bound only by necessity, and suggests that displacement may not lead to a better life, but perhaps to art.


Praise For The Sound of Our Steps: A Novel…

Ronit Matalon, the author of The One Facing Us and Bliss, among other books, is one of Israel’s foremost writers. Her work has been translated into six languages and honored with the prestigious Bernstein Award; the French publication of The Sound of Our Steps won the Prix Alberto-Benveniste for 2013. A journalist and critic, Matalon also teaches comparative literature and creative writing at Haifa University and at the Sam Spiegel Film School in Jerusalem. She lives in Tel Aviv.