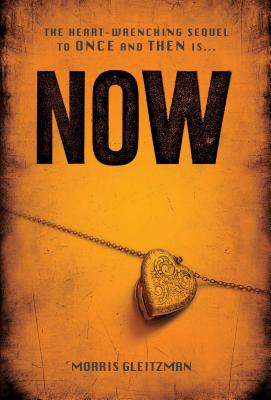 Set in the current day, this is the final book in the series that began with Once, continued with Then and is . . . Now.

Felix is a grandfather. He has achieved much in his life and is widely admired in the community. He has mostly buried the painful memories of his childhood, but they resurface when his granddaughter Zelda comes to stay with him. Together they face a cataclysmic event armed only with their with gusto and love—an event that helps them achieve salvation from the past, but also brings the possibility of destruction.

Now is one of Kirkus Reviews' Best Children's Books of 2012

“…Zelda, impulsive but loving, is a credible narrator whose feelings and actions propel the story, which is equally hers and Felix's.” —Horn Book

“A poignant close to an affecting and heartrending history.” —Publishers Weekly, starred

“…brilliant in its realism…” —Kirkus, starred

“Extols the power of storytelling in the face of tragedy.” —The Horn Book, starred review on Once

“The innocence and maturity of Felix's narrative voice conveys human resilience when faced with the impossible.” —Publishers Weekly, starred review on Then

“Sequel to the searing Once . . . , this tale of young people trying to survive in Poland during World War II is equally powerful.” —Kirkus Reviews, starred review on Then

Morris Gleitzman has been a frozen-chicken defroster, fashion industry trainee, department-store Santa, sugar-mill employee, and screenwriter, among other things. Now he's one of Australia's best loved children's book authors. His books have been published all over the world. He is the author of Once, Then, and Now.
Loading...
or
Not Currently Available for Direct Purchase