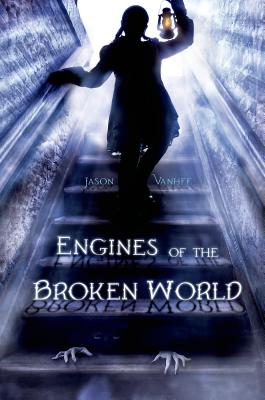 Engines of the Broken World

Merciful Truth and her brother, Gospel, have just pulled their dead mother into the kitchen and stowed her under the table. It was a long illness, and they wanted to bury her—they did—but it's far too cold outside, and they know they won't be able to dig into the frozen ground. The Minister who lives with them, who preaches through his animal form, doesn't make them feel any better about what they've done. Merciful calms her guilty feelings but only until, from the other room, she hears a voice she thought she'd never hear again. It's her mother's voice, and it's singing a lullaby. . . .
Engines of the Broken World is a chilling young adult novel from Jason Vanhee.


Praise For Engines of the Broken World…

“*Faith and hopelessness swirl like snow in a winter storm in this scary but terrific debut novel with a fresh, engaging voice.” —Kirkus, starred review

“In dense, lyrical language, the novel raises questions of religion, morality, and free will as it builds toward a dark and ambiguous ending.” —The Horn Book

Jason Vanhee has been writing since before he can remember. Engines of the Broken World is his first published novel. Jason lives in his hometown of Seattle with his husband, Adam.
Loading...
or
Not Currently Available for Direct Purchase