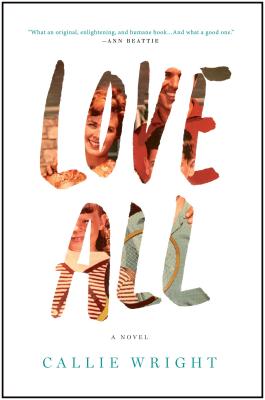 An addictive and moving debut about love, fidelity, sports, and growing up when you least expect it, told through the irresistible voices of three generations

It's the spring of 1994 in Cooperstown, New York, and Joanie Cole, the beloved matriarch of the Obermeyer family, has unexpectedly died in her sleep. Now, for the first time, three generations are living together under one roof and are quickly encroaching on one another's fragile orbits. Eighty-six-year-old Bob Cole is adrift in his daughter's house without his wife. Anne Obermeyer is increasingly suspicious of her husband, Hugh's, late nights and missed dinners, and Hugh, principal of the town's preschool, is terrified that a scandal at school will erupt and devastate his life. Fifteen-year-old tennis-team hopeful Julia is caught in a love triangle with Sam and Carl, her would-be teammates and two best friends, while her brother, Teddy, the star pitcher of Cooperstown High, will soon catch sight of something that will change his family forever.

At the heart of the Obermeyers' present-day tremors is the scandal of The Sex Cure, a thinly veiled roman à clef from the 1960s, which shook the small village of Cooperstown to the core. When Anne discovers a battered copy underneath her parents' old mattress, the Obermeyers cannot escape the family secrets that come rushing to the surface. With its heartbreaking insight into the messy imperfections of family, love, and growing up, Callie Wright's Love All is an irresistible comic story of coming-of-age—at any age.


Praise For Love All: A Novel…

“[A] promising debut… all about the characters, supported by Wright's capable and often poignant prose.” —Miami Herald

“High summer just became a whole lot more intriguing, thanks to the first of many (hopefully) Wright novels. Bring on the hanky-panky please.” —Edge Magazine

“Wright's charming novel provides a thoroughly observed take on the dissolution of a marriage of nearly 20 years….Told cleverly from a variety of vantage points… [Love All is] a promising and tender debut” —San Francisco Chronicle

“I loved this book, from start to finish. Told from the perspective of each family member, the drive comes from the emotion flooding each chapter and storyline. For me, the most successful character and plot line was Julia; Wright's writing style and dialog wrapped tightly around the 15-year-old's story and soared with it.” —Spencer Daily Reporter

“Wright crafts a cast of characters that engage, even when behaving unsympathetically. Anyone who has been part of a tight-knit community will get lost in this thoughtful, engrossing story... With Love All, Callie Wright deftly brings to life a family dealing with their secrets being discovered, while wisely not giving any easy answers.” —Quest Magazine

“[A] winsome debut novel… Wright is a sure-handed writer who's at her strongest when describing the vicissitudes of marriage, which she does with great heart and originality… Love All is a study in intimacy--how we create it, how we bungle it; and, most of all, how we yearn for and require it, no matter how small or large our daily geography.” —Oprah.com

“The problem with most first novels is that they read like first novels. Callie Wright's debut, Love All, reads like the work of a writer in mid-career… [Wright] has a feel for life among the small-town gentry reminiscent of Updike…” —Vanity Fair

“A generation after a salacious roman à clef airs an entire town's dirty laundry, the tell-all book resurfaces in the same house it originally wreaked havoc on, forcing one family to ask if history will repeat itself… [LOVE ALL's] storyline will launch any kind of gossip session or book club discussion.” —Marie Claire

“In this winning first novel, three generations of a Cooperstown, New York, clan find their lives upended by a long-buried copy of The Sex Cure—a real-life roman a clef from 1962 that scandalized town residents.” —AARP Magazine

“When three generations of the Obermeyer family start living under one roof, long-hidden truths surface. Fifteen-year-old Julia is a standout character–she's spirited, sensitive…and totally in love with her male best friend! A 'must read book of the summer'.” —People Stylewatch

“I read Callie Wright's splendid debut novel, Love All, with such a delirious swim of recognition that I was both rueful and nostalgic when I finally put the book down. Like Julia, one of the beautifully complicated main characters, I was a young girl in Cooperstown in the early 1990s: I can tell you that this generous, wise writer nailed this story with astonishing and heartfelt aplomb.” —Lauren Groff, author of Arcadia and The Monsters of Templeton

“A touching character-driven tale…the prose is effortless, and the characters are accessible and genuine, making this a promising debut.” —Publishers Weekly

“With the power and grace of a strong forehand swing, Love All introduces one of fiction's most endearing families--a family as real as your own. How does Callie Wright manage to make falling in love heartbreaking, and losing the love of your life heartwarming? How does a single week manage to feel as full as a lifetime? That's the magic of this unforgettable debut. If this isn't a Great American Novel, I don't know what is.” —Eleanor Henderson, author of Ten Thousand Saints

“What makes a novel a mystery even when the reader has finished and the ending is known? How the author managed to get us there, with what seemed like so little maneuvering; how ineffable our emotions remain, even when grounded in the best prose. What an original, enlightening, and humane book Callie Wright's Love All is. And what a good one. ” —Ann Beattie

“What's most stunning about Wright's stirring, well-wrought debut, is the author's own capaciousness--she has no trouble getting under the skin of her all too human characters, treating young and old, male and female, with a master storyteller's equality of insight.” —Helen Schulman, author of This Beautiful Life

Callie Wright is a reporter and researcher at Vanity Fair. She graduated from Yale and earned her MFA at the University of Virginia, where she was a Poe/Faulkner Fellow in Creative Writing and won a Raven Society Fellowship. She is the recipient of a Glimmer Train Short Story Award for New Writers and her short fiction has appeared in Glimmer Train and The Southern Review. She lives in Brooklyn, New York.
Loading...
or
Not Currently Available for Direct Purchase