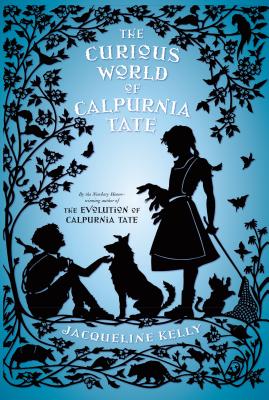 Travis keeps bringing home strays. And Callie has her hands full keeping the wild animals-her brother included-away from her mother's critical eye. Whether it's wrangling a rogue armadillo or stray dog, a guileless younger brother or standoffish cousin, the trials and tribulations of Callie Vee will have readers laughing and crying and cheering for this most endearing heroine.

storm? Why is he so sure the storm is going to occur? What other options does Captain Tate have to warn the

When Calpurnia’s grandfather begins to teach Calpurnia about air pressure, he has Calpurnia make a barometer

even though he already has one. Calpurnia says, “This is going to be one of those lessons about learning something

from the ground up” (page 30). What does she mean by that statement? What other lessons does she learn from the

Why is Aggie so unfriendly toward Calpurnia? How does Calpurnia negotiate with Aggie to get what she wants

How do Calpurnia and her grandfather try to help Travis overcome his repulsion of blood and guts? Why is it

important for him to be able to look at blood without getting sick?

How does Calpurnia prove to Dr. Pritzker that she can handle the job of his assistant? Why is Dr. Pritzker so

surprised by Calpurnia’s actions and knowledge?

Calpurnia is overwhelmed by the secrets Travis and Aggie ask her to keep. What are those secrets? Why is

Calpurnia willing to cover for both Aggie and Travis?