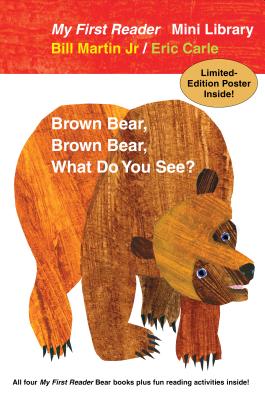 Bill Martin Jr and Eric Carle's classic Bear books have been a hit with children, parents, and teachers for many generations and have sold more than eleven million copies.

With a 6" x 9" trim and a classic beginning reader layout, these books give children a more "grown up" version to read by themselves.

“* Another standout from the creators of a line of perennial favorites.” —Publishers Weekly on Panda Bear, starred review