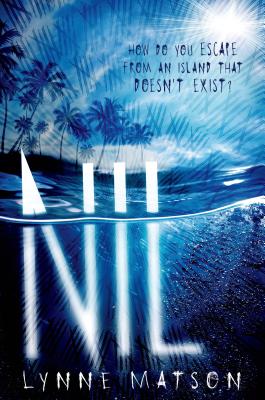 On the mysterious island of Nil, the rules are set. You have exactly 365 days to escape—or you die.

Seventeen-year-old Charley doesn't know the rules. She doesn't even know where she is. The last thing she remembers is blacking out, and when she wakes up, she's naked in an empty rock field.

Lost and alone, Charley finds no sign of other people until she meets Thad, the gorgeous leader of a clan of teenage refugees. Soon Charley learns that leaving the island is harder than she thought . . . and so is falling in love. With Thad's time running out, Charley realizes that she has to find a way to beat the clock, and quickly, in this thrilling debut novel by Lynne Matson.

“What elevates this survival romance is Charley's strong, smart character . . . most readers will be too busy devouring the book in one sitting.” —Booklist

“The reader is swept along with the characters in just rooting for survival in a setting where taking too long to ponder answers could mean you don't live long enough to do anything with your newfound revelations.” —BCCB

“The concept of Nil is very interesting and well-constructed . . . Overall, this book hits its mark.” —School Library Journal

“Matson makes a strong debut with this tense, cinematic struggle for survival on a peril-filled island that may have some readers flashing back to episodes of Lost.” —Publishers Weekly

“Nil is a page-turner and compulsively readable. Lynne Matson has created a winning story with the perfect mix of edge-of-your-seat suspense, romance, humor.” —Mary E. Pearson, author of The Jenna Fox Chronicles

“Like Survivor with a body count. Nil is an addicting, fast-paced, thrill of a ride.” —Kasie West, author of Pivot Point

Lynne Matson is the author of the Nil trilogy. She grew up in Georgia in a house full of books and a backyard full of gnarly pines. She attended the University of Florida, where she met and married her husband, the cutest boy she's ever seen. Now Lynne is mother to four amazing boys and lives in Jacksonville, Florida.
Loading...
or
Not Currently Available for Direct Purchase