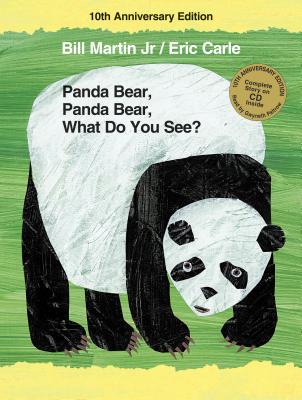 A Bald Eagle soars, a Spider Monkey swings, a Macaroni Penguin struts, and a Red Wolf sneaks through Bill Martin Jr's rhythmic text and Eric Carle's vibrant images, and all are watched over by our best hope for the future—a dreaming child.

“* Another standout from the creators of a line of perennial favorites. ” —Publishers Weekly, starred review

Eric Carle is one of America's leading children's book illustrators. Born in the United States, he spent some time in Germany where he studied at the Academy of Applied Art in Stuttgart. His work has won many awards and has been published in more than a dozen countries around the world. He is author and illustrator of The Very Hungry Caterpillar and illustrator of Bill Martin, Jr.'s Brown Bear, Brown Bear, What Do You See?
Loading...
or
Not Currently Available for Direct Purchase