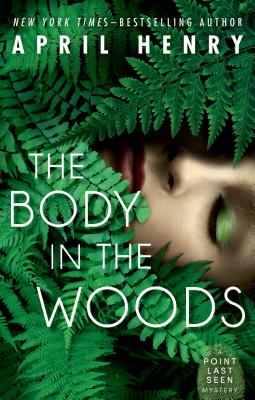 The Body in the Woods

Alexis, Nick, and Ruby have very different backgrounds: Alexis has spent her life covering for her mom's mental illness, Nick's bravado hides his fear of not being good enough, and Ruby just wants to pursue her eccentric interests in a world that doesn't understand her. When the three teens join Portland County Sheriff's Search and Rescue, they are teamed up to search for a autistic man lost in the woods. What they find instead is a dead body. In a friendship that will be forged in danger, fear and courage, the three team up to find the girl's killer—before he can strike one of their own.

This first book in April Henry's Point Last Seen YA mystery series, The Body in the Woods is full of riveting suspense, putting readers right in the middle of harrowing rescues and crime scene investigations.


This title has Common Core connections.


Praise For The Body in the Woods: A Point Last Seen Mystery…

“Henry has created not only a gripping mystery, but rich and detailed characters as well . . . The action starts right away, and does not stop until everything comes to a head at the end of the novel.” —VOYA

“The fast-paced plot, mirroring familiar TV crime procedurals, make this a good choice for reluctant readers, especially as it's impossible to follow the clues and identify the killer before the final showdown.” —Booklist

“Henry realistically portrays these kids thrust into a real-life horror. Their doubts and fears, as well as their strengths, all ring true and teens will be able to identify with one of the protagonists . . . Give this series opener to fans of character-driven mysteries.” —School Library Journal

“Quick pacing, an easy-to-follow mystery, and a smidge of real danger make this a likely choice for TV crime drama fans.” —BCCB

“A fast moving and well-constructed mystery . . . astute readers will be able to solve the puzzle before the final, high-stakes climax.” —Kirkus Reviews