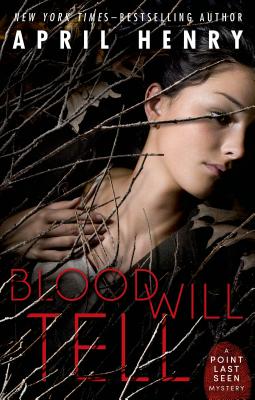 When a woman's body is found in a Portland park, suspicion falls on an awkward kid who lives only a few blocks away, a teen who collects knives, loves first-person shooter video games, and obsessively doodles violent scenes in his school notebooks. Nick Walker goes from being a member of Portland's Search and Rescue team to the prime suspect in a murder, his very interest in SAR seen as proof of his fascination with violence. How is this even possible? And can Alexis and Ruby find a way to help clear Nick's name before it's too late?


Praise For Blood Will Tell: A Point Last Seen Mystery…

“Fast paced and fascinating, the action really gathers steam in the last third of the novel. The implication of relying solely on DNA, with no other corroborating evidence, is explored without getting overly scientific. The novel would make an interesting reading in a criminal justice class and will appeal to teen fans of programs such as CSI and Criminal Minds.” —VOYA, starred review

“The mystery moves along at a nice pace, mixing broad character strokes with chunks of investigative exposition, evoking the feel of a solid episode of Law and Order or C.S.I. . . the slow burn leading up to this climax with the ground disappearing beneath Nick's feet is solid entertainment.” —Kirkus Reviews

“HIGH-DEMAND BACKSTORY: Henry's mysteries have taken her to the top of the New York Times best-seller list and are devoured by teens. Stock up!” —Booklist

“The author's expertise at plotting a murder mystery and knowledge of police procedure are evident.” —Publishers Weekly on The Body in the Woods, Point Last Seen Book 1

“Fast-moving and well-constructed . . . A quick, thrilling read that doesn't skimp on characterization.” —Kirkus Reviews on The Body in the Woods, Point Last Seen Book 1

“A psychological mystery wrapped in a thriller with a smart and resourceful heroine. Great read!” —Alexandra Sokoloff, screenwriter and bestselling thriller author of The Harrowing on The Girl Who Was Supposed to Die

“A thrill-packed story with twists and turns you'll never see coming. Hop on board for an adrenaline fueled ride!” —CJ Lyons, New York Times–bestselling author of Blind Faith on The Girl Who Was Supposed to Die

“The reader must wait with bated breath to see when and if the characters will uncover the truth as the suspense builds to a fever pitch near the end of the book.” —VOYA on The Night She Disappeared