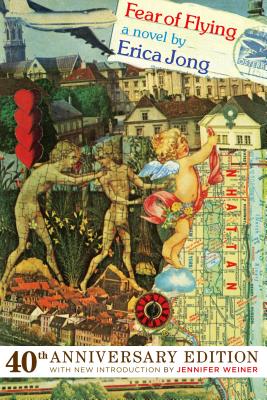 Originally published in 1973 by Holt, Reinhardt and Winston, Fear of Flying, the internationally bestselling story of Isadora Wing by Erica Jong, coined a new phrase for a sex act and launched a new way of thinking about gender, sexuality, and liberty in our society. On the 40th anniversary of its initial publication, we, the original publisher, are reissuing this seminal work with a new introduction by Jennifer Weiner.
An NPR Best Book of 2013


Praise For Fear of Flying: A Novel…

“The first true loss of intimacy, security, and love in a woman's life typically brings her face to face with the terror of being alone: She must endure the insane pounding heart and not go mad. This is what Erica Jong's classic novel Fear of Flying is really all about: being snipped from the emotional strings that tie you to a man, going into free fall, and, perhaps, learning to fly.” —BookForum

“Belongs to and hilariously extends the tradition of Catcher in the Rye and Portnoy's Complaint.... [F]earless and fresh, tender and exact...” —John Updike

Erica Jong grew up in Manhattan and majored in writing and literature at Barnard. She received her MA in 18th-century English literature from Columbia and left before finishing her PhD to write Fear of Flying, which has sold 20 million copies worldwide. She has written award-winning poetry, fiction, and nonfiction. She lives in NYC and Connecticut.

Jennifer Weiner, a graduate of Princeton, is the #1 New York Times bestselling author of ten books, including Good in Bed and In Her Shoes.