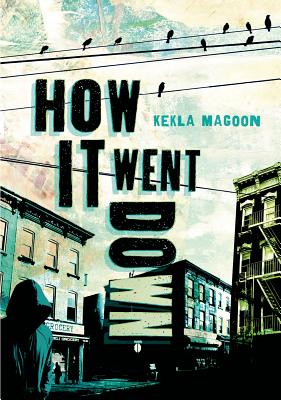 How It Went Down


Praise For How It Went Down…

* “Magoon masterfully captures the cycle of urban violence and the raw emotions of the young people who can't escape its impact.” —Publishers Weekly, starred review

* “How It Went Down is a snapshot in time, a fascinating study of people caught in the crosshairs of an "Event." . . . A particularly timely tale that can create dialogue and provide understanding about the decisions other people make, and the actions they take.” —VOYA, starred review

Kekla Magoon is the author of Camo Girl and The Rock and the River, winner of the Coretta Scott King/John Steptoe Award. She is a New York City-based editor, speaker, and educator. In addition to writing fiction, Kekla leads writing workshops for youth and adults, writes non-fiction titles for the education market, and is the co-editor of YA & Children's Literature for Hunger Mountain, the arts journal of Vermont College.
Loading...
or support indie stores by buying on