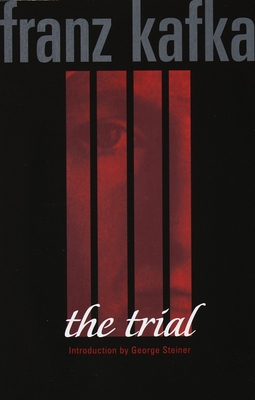 Written in 1914 but not published until 1925, a year after Kafka’s death, The Trial is the terrifying tale of Josef K., a respectable bank officer who is suddenly and inexplicably arrested and must defend himself against a charge about which he can get no information. Whether read as an existential tale, a parable, or a prophecy of the excesses of modern bureaucracy wedded to the madness of totalitarianism, The Trial has resonated with chilling truth for generations of readers.


Praise For The Trial…

“‘[I]t seemed as though the shame was to outlive him.’ With these words The Trial ends. Kafka’s shame then is no more personal than the life and thought which govern it and which he describes thus: ‘He does not live for the sake of his own life, he does not think for the sake of his own thought. He feels as though he were living and thinking under the constraint of a family . . . Because of this unknown family . . . he cannot be released.’”
—Walter Benjamin

“Breon Mitchell’s translation is an accomplishment of the highest order that will honor Kafka far into the twenty-first century.”
—Walter Abish, author of How German Is It

Franz Kafka was born in 1883 in Prague, where he lived most of his life. During his lifetime, he published only a few short stories, including “The Metamorphosis,” “The Judgment,” and “The Stoker.” He died in 1924, before completing any of his full-length novels. At the end of his life, Kafka asked his lifelong friend and literary executor Max Brod to burn all his unpublished work. Brod overrode those wishes.
Loading...
or support indie stores by buying on