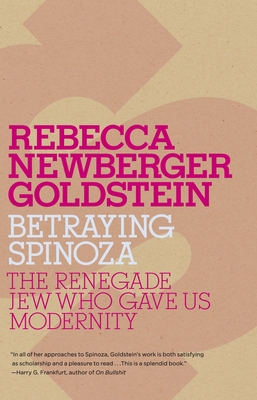 The Renegade Jew Who Gave Us Modernity (Jewish Encounters Series)

REBECCA NEWBERGER GOLDSTEINreceived her doctorate in philosophy from Princeton University. Her award-winning books include the novels The Mind-Body Problem, Properties of Light, and 36 Arguments for the Existence of God: A Work of Fiction and nonfiction studies of Kurt Gödel and Baruch Spinoza. She has received a MacArthur Foundation Fellowship, has been designated a Humanist of the Year and a Freethought Heroine, and is a fellow of the American Academy of Arts and Sciences. She was awarded the National Humanities Medal in 2015. She lives in Massachusetts.
Loading...
or support indie stores by buying on