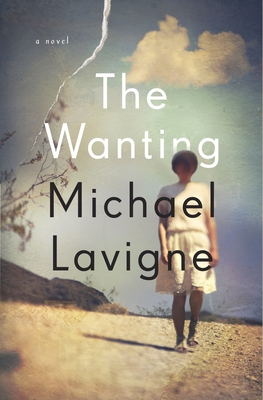 From the author of Not Me, this powerful novel about an Israeli father and his daughter brings to life a rich canvas of events and unexpected change in the aftermath of a suicide bombing.

In the galvanizing opening of The Wanting, the celebrated Russian-born postmodern architect Roman Guttman is injured in a bus bombing, causing his life to swerve into instability and his perceptions to become heightened and disturbed as he embarks on an ill-advised journey into Palestinian territory. The account of Roman’s desert odyssey alternates with the vivacious, bittersweet diary of his thirteen-year-old daughter, Anyusha (who is on her own perilous path, of which Roman is ignorant), and the startlingly alive witnessings of Amir, the young Palestinian who pushed the button and is now damned to observe the havoc he has wrought from a shaky beyond.

Enriched by flashbacks to the alluringly sad tale of Anyusha’s mother, a famous Russian refusenik who died for her beliefs, The Wanting is a poignant study of the costs of extremism, but it is most satisfying as a story of characters enmeshed in their imperfect love for one another and for the heartbreakingly complex world in which that love is wrought.


Praise For The Wanting: A Novel…

“In this exquisite novel of longing and loss, Lavigne has woven multiple stories of intersecting lives and conflicting desires. From the snowy streets of communist Moscow to the scorching heat of a Palestinian-controlled desert, we travel with characters at once ruined and resilient, some idealistic, others world-weary—all pursuing that most essential but elusive want: a place to call home. A beautiful meditation on love, and on all the ways in which stories are remembered and told.”
—Dalia Sofer, author of The Septembers of Shiraz

“Lavigne writes like an angel. And like a devil. Indeed, he writes so well that it isn’t always possible to tell which is which. His ability to give wild imaginings a concrete immediacy, a human warmth and plausibility, is the rarest of writerly gifts.”
—Jonathan Rosen, author of Joy Comes in the Morning and The Talmud and the Internet

“Lavigne’s heartfelt examination offers what reportage never could: an intensely intimate and human depiction of the forces that unite and powerfully divide this region and its people.”
—Publishers Weekly

Michael Lavigne was born in Newark, New Jersey, and educated at Millersville State College and the University of Chicago, where he did graduate work on the Committee on Social Thought. His first novel, Not Me, received the Sami Rohr Choice Award for emerging Jewish writers and was named an American Library Association Sophie Brody Honor Book and a Book-of-the-Month Club Alternate Selection; it was also translated into three languages. Lavigne has worked extensively in advertising, for which he has won many awards, is a founder of the Tauber Jewish Studies Program at Congregation Emanu-El in San Francisco, and spent three years living and working in the Soviet Union. He lives in San Francisco with his wife, Gayle Geary.