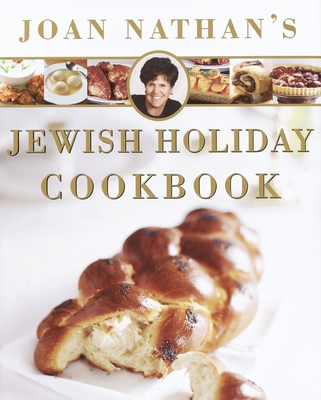 Jewish holidays are defined by food. Yet Jewish cooking is always changing, encompassing the flavors of the world, embracing local culinary traditions of every place in which Jews have lived and adapting them to Jewish observance. This collection, the culmination of Joan Nathan’s decades of gathering Jewish recipes from around the world, is a tour through the Jewish holidays as told in food. For each holiday, Nathan presents menus from different cuisines—Moroccan, Russian, German, and contemporary American are just a few—that show how the traditions of Jewish food have taken on new forms around the world. There are dishes that you will remember from your mother’s table and dishes that go back to the Second Temple, family recipes that you thought were lost and other families’ recipes that you have yet to discover. Explaining their origins and the holidays that have shaped them, Nathan spices these delicious recipes with delightful stories about the people who have kept these traditions alive.

Try something exotic—Algerian Chicken Tagine with Quinces or Seven-Fruit Haroset from Surinam—or rediscover an American favorite like Pineapple Noodle Kugel or Charlestonian Broth with “Soup Bunch” and Matzah Balls. No matter what you select, this essential book, which combines and updates Nathan’s classic cookbooks The Jewish Holiday Baker and The Jewish Holiday Kitchen with a new generation of recipes, will bring the rich variety and heritage of Jewish cooking to your table on the holidays and throughout the year.

Joan Nathan is the author of eight books, including Jewish Cooking in America, which won the coveted IACP Julia Child Award as Best Cookbook of the Year and also the James Beard Award for Best American Cookbook. She appears on television cooking programs, including her own PBS series based on Jewish Cooking in America, and lectures around the country. She is a frequent contributor to the New York Times and also writes for such publications as Bon Appétit, Food & Wine, Cooking Light, and Hadassah magazine.

Nathan grew up in Providence, Rhode Island, and was educated at the University of Michigan and Harvard University’s Kennedy School of Government. She worked in Jerusalem in the early 1970s as foreign press officer for then-mayor Teddy Kollek and was among the founders of New York’s Ninth Avenue Food Festival under then-mayor Abraham Beame. Nathan lives in Washington, D.C., with her husband, attorney Allan Gerson, and their three children.
Loading...
or support indie stores by buying on
(This book is on backorder)