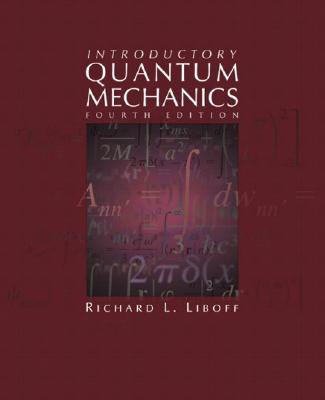 Careful and detailed explanations of challenging concepts in "Introductory Quantum Mechanics, Fourth Edition," and comprehensive and up-to-date coverage, continue to set the standard in physics education. In the new edition of this best-selling quantum mechanics book, a new chapter on the revolutionary topic of of quantum computing (not currently covered in any other book at this level) and thorough updates to the rest of the book bring it up to date.

Dr. Richard Liboff received his Ph.D. in Physics from New York University in 1961 and was appointed to the Physics department at the same university upon graduation. He came to Cornell University in 1964, where he is presently a Full Professor of Applied Physics, Applied Math, and Electrical Engineering. He has served as visiting professor at numerous universities and was awarded a Fulbright Scholarship in 1984 in support of a Visiting Professorship of Physics at Tel Aviv University. He has written over 100 scientific articles and has authored four textbooks. His research specialties include condensed-matter theory, kinetic theory, applied math, and elements of astrophysics.
Loading...
or
Not Currently Available for Direct Purchase