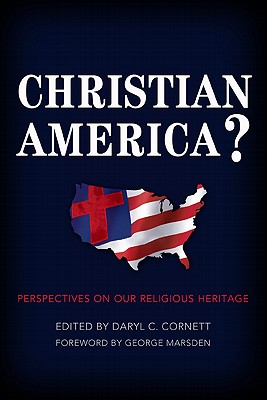 Perspectives on Our Religious Heritage

Throughout her history America has possessed a rich religious component largely comprised of different traditions of the Christian faith. This tide of personal religious devotion connected to government observances and policies has ebbed and flowed through time, but it has always been a part of American identity—one that is full of social and political debate. As such, Christian America? presents a hearty point-counterpoint discussion about the nature of the relationship Christianity has had to American politics and culture throughout the country's existence, aiming to determine which of these four differing opinions is most appropriate.

David Barton (WallBuilders) supports the idea that America is distinctly Christian based on centuries of authoritative government declarations.

Jonathan D. Sassi (College of Staten Island) believes America is distinctly secular based on the nation’s religiously eclectic and secular beginning (particularly the emphasis on "the complete separation of church and state").

William D. Henard (The Southern Baptist Theological Seminary) sees America as essentially Christian, making his case for the nation's crucial faith component while exploring varied interpretations of comments like one made in 2009 by President Barack Obama: "Although... we have a very large Christian population, we do not consider ourselves a Christian nation..."

Daryl C. Cornett, the book's editor, argues that America is partly Christian, a nation that was shaped by a blend of religious and non-religious tendencies. He writes, "After the Civil War steady decline in religious adherence was the impetus for evangelicals to mythologize American history and pine for a return to a golden age of Christian faith and virtue at its founding that never existed."

Daryl C. Cornett is senior pastor of First Baptist Church in his hometown of Hazard, Kentucky. He holds the Master of Divinity and Doctor of Philosophy degrees from The Southern Baptist Theological Seminary.
Loading...
or support indie stores by buying on