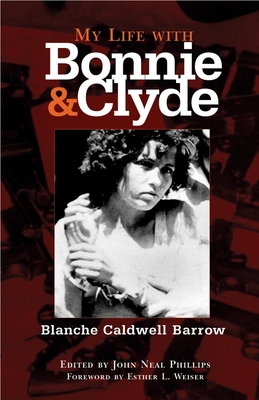 My Life with Bonnie and Clyde

Bonnie and Clyde were responsible for multiple murders and countless robberies. But they did not act alone. In 1933, during their infamous run from the law, Bonnie and Clyde were joined by Clyde's brother Buck Barrow and his wife Blanche. Of these four accomplices, only one--Blanche Caldwell Barrow--lived beyond early adulthood and only Blanche left behind a written account of their escapades. Edited by outlaw expert John Neal Phillips, Blanche's previously unknown memoir is here available for the first time.

Blanche wrote her memoir between 1933 and 1939, while serving time at the Missouri State Penitentiary. Following her death, Blanche's good friend and the executor of her will, Esther L. Weiser, found the memoir wrapped in a large unused Christmas card. Later she entrusted it to Phillips, who had interviewed Blanche several times before her death. Drawing from these interviews, and from extensive research into Depression-era outlaw history, Phillips supplements the memoir with helpful notes and with biographical information about Blanche and her accomplices.