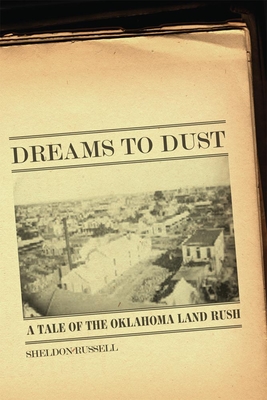 A Tale of the Oklahoma Land Rush

On a fateful day in 1889, the Oklahoma land rush begins, and for thousands of settlers the future is up for grabs. One of those people is Creed McReynolds, fresh from the East with a lawyer's education and a head full of aspirations. The mixed-blood son of a Kiowa mother and a U.S. Cavalry doctor, Creed lands in Guthrie station, the designated Territorial Capital, where he must prove that he is more than the half-blood kid once driven from his own land.

In recounting the precipitous rise and catastrophic fall of the jerrybuilt city of Guthrie, author Sheldon Russell immerses us in the lives of Creed and other memorable characters whose ambitions echo the taming of the frontier--and whose fates hold lessons as important today as they were more than a hundred years ago.

Among the people McReynolds must contend with is Abaddon Damon. A ruthless newspaper publisher, Abaddon is quick to strike any bargain that will bring him the power he craves, and like many others, Creed McReynolds is swept into his whirlwind of greed and deception. Creed becomes the wealthiest man in the Territory--but at an unbearable cost to himself, the dreams of others, and the dignity of his mother's people.

Dreams to Dust takes readers back to the early days of Oklahoma Territory--a sometimes dangerous place filled with nefarious dealings, where violence lurks behind even casual encounters--to tell the story of frontier men and women gambling everything to find their fortune on the windswept southern plains.