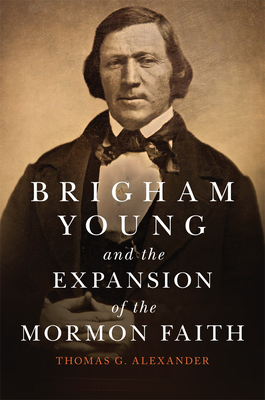 As president of the Church of Jesus Christ of Latter-day Saints and Utah's first territorial governor, Brigham Young (1801-77) shaped a religion, a migration, and the American West. He led the Saints to Utah, guided the establishment of 350 settlements, and inspired the Mormons as they weathered unimaginable trials and hardships. Although he generally succeeded, some decisions, especially those regarding the Mormon Reformation and the Black Hawk War, were less than sound. In this new biography, historian Thomas G. Alexander draws on a lifetime of research to provide an evenhanded view of Young and his leadership. Following the murder in 1844 of church founder Joseph Smith, Young bore a heavy responsibility: ensuring the survival and expansion of the church and its people. Alexander focuses on Young's leadership, his financial dealings, his relations with non-Mormons, his families, and his own deep religious conviction. Brigham Young and the Expansion of the Mormon Faith addresses such controversial issues as the practice of polygamy (Young himself had fifty-five wives), relations and conflicts between Mormons and Indians, and the circumstances and aftermath of the horrific events of Mountain Meadows in 1857. Although Young might have done better, Alexander argues that he bore no direct responsibility for the tragedy. Young relied on the counsel of his associates, and at times, the Mormon people pushed back to prevent him from implementing changes. In some cases, such as polygamy and the doctrine of blood atonement, the church leadership eventually rejected his views. Yet on the whole, Brigham Young emerges as a multifaceted human figure, and as a prophet revered by millions of LDS members, an inspired leader who successfully led his people to a distant land where their community expanded and flourished.