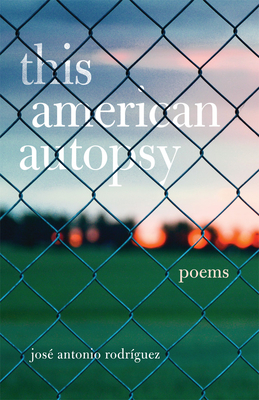 In this powerful collection of free-verse poetry, immigrant, poet, and memoirist Jos Antonio Rodr guez encapsulates the experiences of an artist and citizen caught between two worlds. At once deeply personal and thematically expansive, these works offer a bracing look at the darker impulses of contemporary America. Saturated with allusions to family, immigration, sexuality, and violence, This American Autopsy is also an unsettling meditation on life and death. With its provocative title, the collection calls to mind an image of our nation as a body awaiting examination to determine the cause of death. In this scenario the poet vacillates between various roles: coroner, pathologist, and the body itself. Some of the poems in this collection look to the past: events such as the Space Shuttle Challenger explosion or the author's first trip to an American grocery store. Others muse on more recent tragedies, including the racial violence in Ferguson, Missouri, and the illicit drug trade. A few of the poems are written in Spanish, and the volume concludes with two English translations of these poems, which the author originally wrote in his native language. Even as he paints a vivid picture of American diversity, Rodriguez exposes the deterioration of our nation--broken promises, failed prosperity, the shattering of dreams. Intimate and urgent, these timely dispatches from the Texas-Mexico border reveal the tensions and contradictions of today's America.