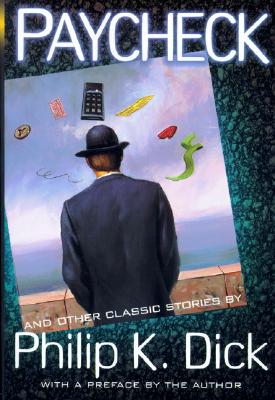 Paycheck and Other Classic Stories by Philip K. Dick

And Other Classic Stories

The earliest short and medium-length fiction by Philip K. Dick (including several previously unpublished stories) during the years 1952-1955 is contained in this collection of science fiction stories. In addition to the title story, the volume includes "Beyond Lies the Wub," "The Short Happy Life of the Brown Oxford," "The Variable Man," and many others.

More than 30 years after his untimely death at age 53, Philip K. Dick (1928-1982) remains one of the most celebrated authors of the last century and a looming and illuminating presence in this one. He was the winner of both the prestigious Hugo Award and the John W. Campbell Memorial Award, which honor excellence in science fiction. Inducted in 2007 into the Library of America, which published a three-volume collection of his novels, Dick has received unprecedented recognition for his contributions to modern literature, specifically in the area of science fiction. His 45 novels and more than 210 short stories have been adapted into numerous films, including the blockbusters Minority Report, Total Recall, and Blade Runner, as well as Impostor, Paycheck, Scanner Darkly, Next, and The Adjustment Bureau.
Loading...
or
Not Currently Available for Direct Purchase