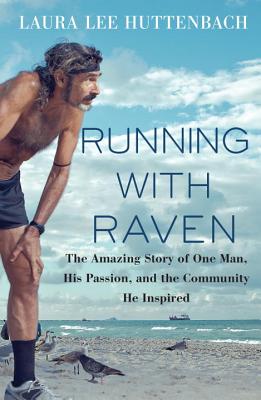 The Amazing Story of One Man, His Passion, and the Community He Inspired

The Amazing Story of One Man, His Passion, and the Community He Inspired.

In 1975 Robert “Raven” Kraft, a high school dropout and aspiring songwriter, made a New Year’s Resolution to run eight miles on Miami’s South Beach each evening. Over 125,000 miles later, he has not missed one sunset.

Along the way, Raven has changed the lives of thousands who have run with him—many of them hundreds of times. From all fifty states and dozens of countries, across all age groups and backgrounds, they come to run with Raven, and in the process find friendship, inspiration—and a nickname.

Among them is author Laura Lee “White Lightning” Huttenbach, who has logged over a thousand miles of Raven Runs. Here she explores the stories of dozens of others about why they started running with Raven—and why they keep coming back. Taxman, an accountant in his mid-60s, has done 1800+ runs. Dizzy, a middle school principal from Cuba, met his wife and his best friend on Raven Runs. Butcher, an ex-convict, credits Raven with saving his life. In an uncertain world Raven shows up, no matter what.

Quirky and appealing, tenacious and magnetic, Raven is a legend of the running world. As he says, “I may be the only thing that hasn’t changed around here in the last forty years.” Laura Lee Huttenbach reveals how one man’s daily ritual has blossomed into an uncanny gift for weaving people together—and an invaluable reminder that the journey means little without the connections forged along the way.

“Raven left an indelible impression upon me, as he has countless others. I am certain that you will find his story as fascinating and enthralling as I have. Raven, long may you run.” --Dean Karnazes, New York Times bestselling author of Ultramarathon Man

Laura Lee Huttenbach, a graduate of the University of Virginia, has been a serious athlete since her older brothers taught her how to slide tackle in soccer when she was four. In high school as a four-sport star, she was named Female Athlete of the Year for the state of Georgia. She moved to South Beach in 2011 after finishing her first book--The Boy is Gone, the life story of a Kenyan independence leader whom she met while backpacking in Africa. During her evening runs in Miami Beach, she met Raven and became fascinated by his story. While running with Raven, she learned Miami Beach history and met characters of the past and present who were unlike any she'd ever known. Her website is llhuttenbach.com. To find out more about the Raven Runs, visit www.ravenrun.net.
Loading...
or
Not Currently Available for Direct Purchase