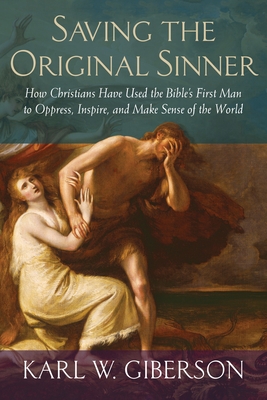 How Christians Have Used the Bible's First Man to Oppress, Inspire, and Make Sense of the World

A scientist and former evangelical argues that holding onto a belief in a literal, historical Adam has forced many Christians to reject science and become intellectually isolated from the modern world.

The Bible’s first man stands at the center of a crisis that is shaking much of Christianity. In the evangelical world, scholars have been ostracized and banished from their academic communities for endorsing a modern scientific understanding of the world, even as they remained strong Christians. Self-appointed gatekeepers of traditional theology demand intellectual allegiance to an implausible interpretation of the Genesis creation story, insisting that all humanity must be descended from a single, perfect human pair, Adam and Eve. Such a view is utterly at odds with contemporary science.

It wasn’t always this way. Karl Giberson spotlights the venerable tradition of Christian engagement with new knowledge and discoveries. When global exploration, anthropology, geology, paleontology, biblical studies, and even linguistics cast doubt on the historicity of Adam and his literal fall into sin, Christians responded by creatively reimagining the creation story, letting Adam “evolve” to accommodate his changing context. Even conservative evangelical institutions until recently encouraged serious engagement with evolutionary science, unhindered by the straitjacket of young-earth creationism, intelligent design, or other views demanding that Adam be a historical figure.

Giberson calls for a renewed conversation between science and Christianity, and for more open engagement with new scientific discoveries, even when they threaten central doctrines. Christians should not be made to choose between their faith and their understanding of the universe. Instead, as Giberson argues, they should follow in the once robust tradition of exploring science openly within the broad contours of Christian belief.

Karl Giberson teaches science and religion at Stonehill College and is a leading voice in America’s creation/evolution controversy. He is the author of ten books, including Saving Darwin, a Washington Post “Best Book of 2008,” and The Anointed: Evangelical Truth in a Secular Age, with Randall Stephens. He lives in Hingham, Massachusetts. He lives on the web at www.karlgiberson.com.

Praise For Saving the Original Sinner: How Christians Have Used the Bible's First Man to Oppress, Inspire, and Make Sense of the World…

“An erudite exploration of the Bible’s first man.”
—Kirkus Reviews

“What is the future of a Christian faith that requires an untenable self-destructive original sin/salvation theology? Honest, candid, enlightening, and disruptive, Giberson establishes a long-overdue foundation for viable faith and challenges Christians to rediscover the wonder, mystery, and reality of their God.”
—Richard G. Colling, retired professor of Biology, Olivet Nazarene University.  Professor Colling departed Olivet after thirty years of teaching because of criticism of his support of evolution in his book Random Designer

“Was Adam the first human being and was his poor choice to eat the forbidden fruit the ‘original sin’ that ruined things for the rest of us? That’s the question that just won’t go away, and for many fundamentalist and evangelical Christians today it is the hill to die on—and the hill on which to sacrifice those who disagree. Through surveying the history of Adam from ancient Israel to the current crisis, and rooted in his own extensive experience, Giberson gives us a compelling, engaging, and accessibly written exposé of this troubling trend—and points us toward a better way of embracing this foundational biblical story.”
—Peter Enns is Abram S. Clemens professor of Biblical Studies at Eastern University, and author of The Bible Tells Me So: Why Defending Scripture Has Made Us Unable to Read It. Professor Enns was forced to leave Westminster Theological Seminary after 14 years of teaching and administration because of his book Inspiration and Incarnation: Evangelicals and The Problem of the Old Testament.

“Saving the Original Sinner chronicles Christianity's long struggle to understand the meaning of Adam and his Fall into sin, even as it became clear that Adam never existed. Giberson pays homage to those souls bold enough to wrestle with this reality—and who often paid a heavy price for their efforts to integrate the findings of science with the Christian faith.  I join those scholars in gratitude for this wise, informative, eloquent, and yet troubling book. The intellectual viability of evangelicalism may well depend on whether its institutions act with the courage that Giberson commends to them.”
—John Schneider teaches philosophy at Grand Valley State University and is publishing actively on the implications of evolutionary science for Christian Faith. Long a leading evangelical theologian, Professor Schneider was forced to leave Calvin College after 25 years of teaching for publishing a paper suggesting that Adam and Eve were not historical figures.
or
Not Currently Available for Direct Purchase
Copyright © 2020 American Booksellers Association