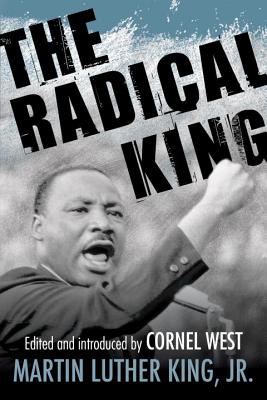 A revealing collection that restores Dr. King as being every bit as radical as Malcolm X

“The radical King was a democratic socialist who sided with poor and working people in the class struggle taking place in capitalist societies. . . . The response of the radical King to our catastrophic moment can be put in one word: revolution—a revolution in our priorities, a reevaluation of our values, a reinvigoration of our public life, and a fundamental transformation of our way of thinking and living that promotes a transfer of power from oligarchs and plutocrats to everyday people and ordinary citizens. . . . Could it be that we know so little of the radical King because such courage defies our market-driven world?” —Cornel West, from the Introduction

Every year, Dr. Martin Luther King, Jr., is celebrated as one of the greatest orators in US history, an ambassador for nonviolence who became perhaps the most recognizable leader of the civil rights movement. But after more than forty years, few people appreciate how truly radical he was.

Arranged thematically in four parts, The Radical King includes twenty-three selections, curated and introduced by Dr. Cornel West, that illustrate King’s revolutionary vision, underscoring his identification with the poor, his unapologetic opposition to the Vietnam War, and his crusade against global imperialism. As West writes, “Although much of America did not know the radical King—and too few know today—the FBI and US government did. They called him ‘the most dangerous man in America.’ . . . This book unearths a radical King that we can no longer sanitize.”

“This useful collection takes King from the front lines of Southern segregation to a national movement for economic equality to an international condemnation of imperialism and armed intervention.”
—Kirkus Reviews

“King’s skills as a preacher and rhetorician are amply in evidence, as is his profound empathy with others.”
—Publishers Weekly

Dr. Martin Luther King, Jr. (1929–1968), Nobel Peace Prize laureate and architect of the nonviolent civil rights movement, was among the twentieth century’s most influential figures. One of the greatest orators in US history, King also authored several books, including Stride Toward Freedom, Where Do We Go from Here, and Why We Can’t Wait.King was assassinated in Memphis, Tennessee, on April 4, 1968.

Cornel West has been profoundly influenced by Dr. Martin Luther King, Jr. A professor at Union Theological Seminary, Dr. West has also taught at Yale, Harvard, and Princeton. The recipient of more than twenty honorary degrees, he has written many important books, including the best-selling Race Matters and Democracy Matters. He lives in New York City.
Loading...
or support indie stores by buying on
(This book is on backorder)