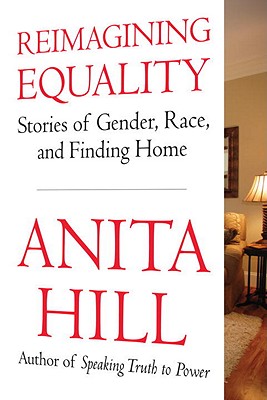 At the historic Clarence Thomas confirmation hearings, Anita Hill spoke out courageously about workplace sexual harassment. Now she turns to the topic of home. As our country reels from the subprime mortgage meltdown and the resulting devastation of so many families and communities, Hill takes us inside this “crisis of home” and exposes its deep roots in race and gender inequities, which continue to imperil every American’s ability to achieve the American Dream.  In this period of recovery and its aftermath, what is at stake is the inclusive democracy the Constitution promises. The achievement of that ideal, Hill argues, depends on each American’s ability to secure a place that provides access to every opportunity our country offers. Building on the great strides of the women’s and civil rights movements, Hill presents concrete proposals that encourage us to broaden our thinking about home and to reimagine equality for America’s future.

“Her book, lucid about law, lively with smatterings of history and reminders of cultural markers, may open that conversation.”—Publishers Weekly

Anita Hill is a professor of social policy, law, and women’s studies at Brandeis University in Waltham, Massachusetts. She has written widely on race and gender issues in the New York Times, Newsweek, Boston Globe, and other publications.