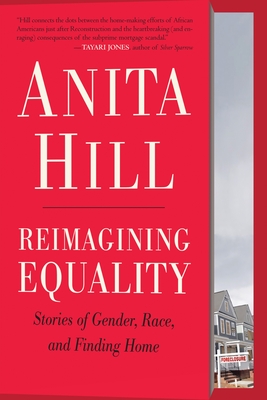 In this “highly readable and deeply analytical” work, attorney Anita Hill examines the relationship between home ownership and the American Dream through the lens of race and gender (Library Journal). Through the stories of remarkable African American women—including her own great-great-grandmother, playwright Lorraine Hansberry, and Baltimore beauty-shop owner and housing-crisis survivor Anjanette Booker—she demonstrates that the inclusive democracy our Constitution promises must be conceived with home in mind.

From slavery to the Great Migration to the subprime mortgage meltdown, Reimagining Equality takes us on a journey that sparks a new conversation about what it means to be at home in America and presents concrete proposals that encourage us to reimagine equality.

“In the first sweeping history of Parks’s life, Theoharis shows us a long-time activist committed to fighting white supremacy from her earliest days. From underground investigations of white-on-black rapes in rural Alabama, where no law respected or protected black people, to her work alongside Robert Williams, Malcolm X, and Queen Mother Moore, Rosa Parks not only sat down on the bus; she stood on the right side of justice for her entire life.”—Julian Bond, chairman emeritus, NAACP

“It has taken an astute author to find the real Rosa Parks. . . . Parks was no accidental heroine. She was born to it, and Theoharis ably shows us how and why" —Kirkus Reviews

“Her book, lucid about law, lively with smatterings of history and reminders of cultural markers, may open that conversation.”—Publisher's Weekly

Anita Hill is a professor of social policy, law, and women’s studies at Brandeis University. She is the author of Speaking Truth to Power, in which she detailed her experience as a witness in Clarence Thomas’s Supreme Court confirmation hearings.