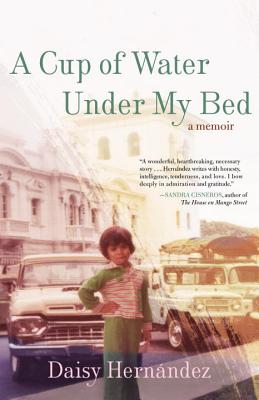 A Cup of Water Under My Bed

“Hernández is a stone-cold truth teller, and her talent is eclipsed only by her fearlessness. If this debut is a sign of what’s to come, plan to have your heart and head broken wide open. Again and again.”
—John Murillo, author of Up Jump the Boogie

Daisy Hernández is the coeditor of Colonize This! Young Women of Color on Today’s Feminism and the former editor of ColorLines magazine. She speaks at colleges and conferences about feminism, race, and media representations, and her writing has appeared in the New York Times, Ms. magazine, CultureStrike, In These Times, Bellingham Review, Fourth Genre, and Hunger Mountain, and on NPR’s All Things Considered.
or
Not Currently Available for Direct Purchase