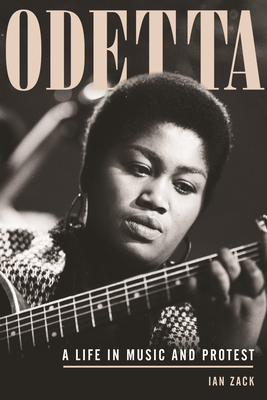 An AudioFile Best Audiobook of 2020

"Both Zack and Belafonte had it right: Odetta’s effect on folk music and Black culture is immeasurable and deserves much attention."
—Chicago Review of Books

“This book is so interesting and well written that it might make many readers feel nostalgic for the good old days they never grew up in . . . . To have a better understanding of our nation’s rich cultural and musical heritage, of what came before the present and why the Times They are a Changin’ is the benefit of reading a good book like this.”
—The Mercury (Kansas)

Ian Zack has been a writer and editor for two decades. His writing has appeared in the New York Times, Forbes, and Acoustic Guitar. Zack’s award-winning first book, Say No to the Devil: The Life & Musical Genius of Rev. Gary Davis, was called “magisterial” by the Wall Street Journal.
Loading...
or
Not Currently Available for Direct Purchase