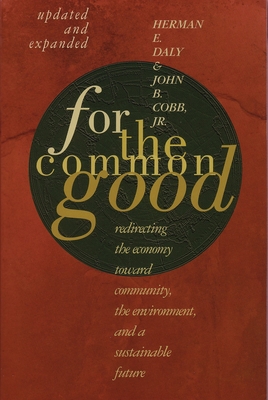 For The Common Good

Redirecting the Economy toward Community, the Environment, and a Sustainable Future

Economist Herman Daly and theologian John Cobb, Jr., demonstrate how conventional economics and a growth-oriented industrial economy have led us to the brink of environmental disaster, and show the possibility of a different future.

Named one of the 100 "visionaries who could change your life" by the Utne Reader, Herman E. Daly is the recipient of many awards, including the University of Louisville Grawemeyer Award, the Heineken Prize for Environmental Science, and the "Alternative Nobel Prize," the Right Livelihood Award. He is professor at the University of Maryland's School of Public Affairs, and coauthor with John Cobb, Jr., of For the Common Good.
Loading...
or support indie stores by buying on