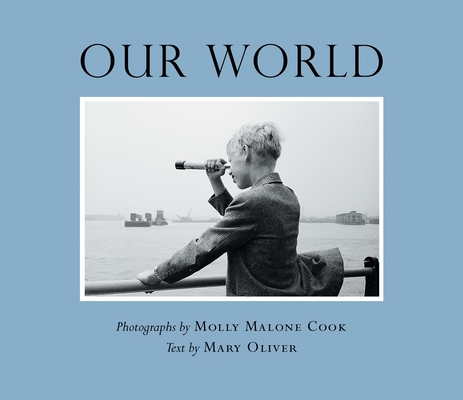 Mary Oliver, winner of the Pulitzer Prize and National Book Award, is one of the most celebrated poets in America. Her partner Molly Malone Cook, who died in 2005, was a photographer and pioneer gallery owner. Intertwining Oliver's prose with Cook's photographs, Our World is an intimate testament to their life together. The poet's moving text captures not only the unique qualities of her partner's work, but the very texture of their shared world.

Praise For Our World…

Readers who savor Oliver's exquisite gifts of attentiveness, her lean lines, her celebration of the holiness of what is, will delight in her gifts applied to the being she loved longest. And anyone who sees the best of Cook's photographs here will celebrate a remarkable eye. —Brian Doyle, Christian Century

"Oliver interweaves entries from Cook's journal with her own prose-and-poetry text, revealing a richly textured life, a shared world that included prominent writers and artists." —Patricia A. Kossmann, America

Molly Malone Cook (1925–2005), was born in San Francisco. One of the first photographers hired by the Village Voice, in 1960 she opened what was probably the first photography gallery on the East Coast. She also owned a bookstore, which was occasionally staffed by the filmmaker John Waters. Later, Cook became a literary agent to Oliver and other writers. Oliver and Cook lived together for more than forty years.
Loading...
or
Not Currently Available for Direct Purchase