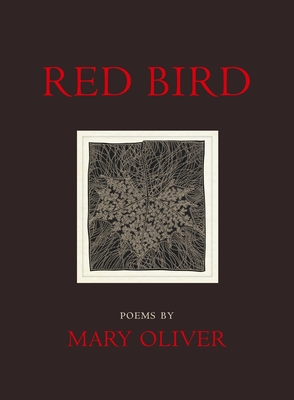 Mary Oliver's twelfth book of poetry, Red Bird comprises sixty-one poems, the most ever in a single volume of her work. Overflowing with her keen observation of the natural world and her gratitude for its gifts, for the many people she has loved in her seventy years, as well as for her disobedient dog Percy, Red Bird is a quintessential collection of Oliver's finest lyrics.

One of few avidly read living poets, Oliver revels in the beauty of the living world, and takes to heart its lessons in patience and pleasure, cessation and renewal. As piercingly observant as ever in this substantial and forthright collection, Oliver is rhapsodic.—Donna Seaman, Booklist

"Her poems pop up at many of life's turning points, including death. Readers go to her for solace, regeneration and inspiration . . . After a few hours in her quiet, exuberant presence, one feels as though the raw sunlight in the room, the brightness of the water, the white wood and flashing wings outside the window are bleaching unimportant details from the day."—Susan Salter Reynolds, Los Angeles Times

"A collection of poems that is moving, intense and evocative in its engagement of the natural world."—Angela O'Donnell, America

"Mary Oliver ranks among the finest poets the English language has ever produced. Whether she's describing a caterpillar's transformation . . . or describing her own mystical connection to birdsong . . . she almost always can come up with striking, resonant images. . . . Oliver observes with great sensitivity, and puts her impressions in verse in a way that few can match. . . . Her poetry is rigorous, beautiful, well written, and offers genuine insights into the natural world."—Eli Lehrer, The Weekly Standard