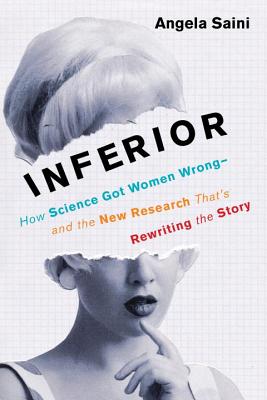 What science has gotten so shamefully wrong about women, and the fight, by both female and male scientists, to rewrite what we thought we knew

For hundreds of years it was common sense: women were the inferior sex. Their bodies were weaker, their minds feebler, their role subservient. No less a scientist than Charles Darwin asserted that women were at a lower stage of evolution, and for decades, scientists—most of them male, of course—claimed to find evidence to support this.

Whether looking at intelligence or emotion, cognition or behavior, science has continued to tell us that men and women are fundamentally different. Biologists claim that women are better suited to raising families or are, more gently, uniquely empathetic. Men, on the other hand, continue to be described as excelling at tasks that require logic, spatial reasoning, and motor skills. But a huge wave of research is now revealing an alternative version of what we thought we knew. The new woman revealed by this scientific data is as strong, strategic, and smart as anyone else.

In Inferior, acclaimed science writer Angela Saini weaves together a fascinating—and sorely necessary—new science of women. As Saini takes readers on a journey to uncover science’s failure to understand women, she finds that we’re still living with the legacy of an establishment that’s just beginning to recover from centuries of entrenched exclusion and prejudice. Sexist assumptions are stubbornly persistent: even in recent years, researchers have insisted that women are choosy and monogamous while men are naturally promiscuous, or that the way men’s and women’s brains are wired confirms long-discredited gender stereotypes.

As Saini reveals, however, groundbreaking research is finally rediscovering women’s bodies and minds. Inferior investigates the gender wars in biology, psychology, and anthropology, and delves into cutting-edge scientific studies to uncover a fascinating new portrait of women’s brains, bodies, and role in human evolution.

Praise For Inferior: How Science Got Women Wrong-and the New Research That's Rewriting the Story…

“A brilliant approach to a long overlooked topic, Inferior is impossible to ignore and invaluable.”
—Booklist

“The Enlightenment brought revolutions in science, philosophy and art while ushering in respect for human reason over religious faith. But the era also created a narrative about women—that they are intellectually inferior to men. Indeed, science itself is an establishment rooted in exclusion, writes science journalist Saini, citing a long history of unrecognized achievement by women scientists: Lise Meitner, Rosalind Franklin and Emmy Noether, to name a few. The process of science is also riddled with inherent biases that have done nothing to improve society’s views of women. Neurosexism, for example, is a term that describes scientific studies that fall back on gender stereotypes. New science and awareness are overturning a great deal of flawed thinking, as Saini shows, but there is still a long way to go.”
—Andrea Gawrylewski, Scientific American

“In this smart, balanced, and wonderfully readable book, Angela Saini breaks the vicious cycle by which women, having been excluded from the sciences by men who assumed them to be inferior, were judged by those same male scientists to be inferior. Study by study, she objectively reexamines what we think we know about the supposed differences between the sexes. If you have ever been shouted down by a male colleague who insists that science has proven women to be biologically inferior to men, here are the arguments you need to demonstrate that he doesn’t know what he is talking about.”
—Eileen Pollack, author of The Only Woman in the Room

“Angela Saini’s Inferior proves the opposite of its title. It is a lively, well-written, informed account of women’s proven powers. She shows that science, long used as a weapon against women, is today an ally in their steady advance. Inferior is another nail in the coffin of male supremacy.”
—Melvin Konner, author of Women After All

“This is an important book that I hope will be widely read. Any time biases are identified and corrected for, it is science and policymaking rather than feminism or any particular ideology that comes out ahead.”
—Sarah Blaffer Hrdy, author of The Woman That Never Evolved, Mother Nature, and Mothers and Others

Angela Saini is an award-winning science journalist whose print and broadcast work has appeared on the BBC and in the Guardian, New Scientist, Wired, the Economist, and Science. A former Knight Science Journalism Fellow at MIT, she won the American Association for the Advancement of Science’s Kavli Science Journalism gold award in 2015. Saini has a master’s in engineering from Oxford University, and she is the author of Geek Nation: How Indian Science Is Taking Over the World.
Loading...
or
Not Currently Available for Direct Purchase