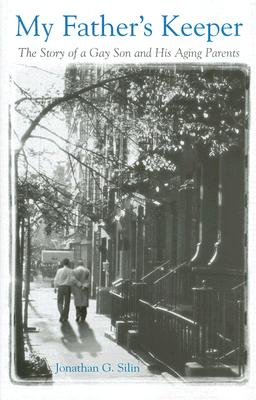 The Story of a Gay Son and His Aging Parents

My Father's Keeper is the moving story of Jonathan Silin, a gay man in midlife who learned to care for his elderly parents as a series of life-threatening illnesses forced them to make the difficult transition from being independent to being reliant on their son. Their new needs and unrelenting demands brought parents and child into intimate daily contact and radically transformed what had been a distant and emotionally fraught relationship.

My Father's Keeper chronicles the ways in which the ideas and skills Silin acquired as an early childhood educator, a specialist in life span development, and a compassionate witness to the devastation of the HIV/AIDS crisis came together with his interest in human psychology to deeply inform his thinking about the dramatic changes in his family's life and increasingly influence his role as his father's (and mother's) keeper.

Jonathan G. Silin, a member of the graduate faculty at Bank Street College of Education in New York, has published articles in "Harvard Educational Review, Teachers College Record, " and "Educational Theory, " as well as in more popular periodicals such as "Newsday, The Chronicle of Higher Education, " and "Education Week." He is the author of "Sex, Death, and the Education of Children, " coeditor of "Putting the Children First, " and coproducer of "Children Talk About AIDS."

Praise For My Father's Keeper: The Story of a Gay Son and His Aging Parents…

Jonathan Silin offers a series of valuable reports from what might be called the country of farewells, using his raw experience to explore important questions about childhood, education, parenting, privacy, control, mental health, old age, death, and forgiveness. This is a rich, careful, honest book, both nakedly personal and coolly philosophical. I've never read anything quite like it.--Christopher Bram, author of Gods and Monsters