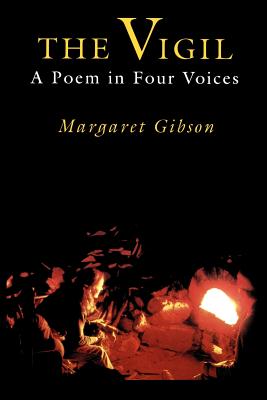 A Poem in Four Voices

Margaret Gibson is a writer who extends the scope of poetry beyond its accustomed boundaries. Her previous work has ranged from lyric celebrations of natural world to poems that speak out against political injustice and violence. She can turn from a creative reimagining of the life of the photographer and revolutionary Tina Modotti in Mexico to write sensuous meditations influenced by Buddhist and Christian thought. In her newest book, The Vigil, Gibson adroitly interweaves the voices of four women, mothers and daughters of three generations, who, during the course of a single day, reveal the depths of the legacy of alcoholism in their family.

"There's nothing wrong here: don't tell anyone"--that has been the guiding principle of these women's lives, enmeshed in patterns of silence and denial, secrecy and lies. But on this one day of startling revelations, the full extent of the family's secrets, kept still in the sweep of years, begins to emerge. As the history of loss and regret unfolds, the women begin to sense those have passed down from mother to daughter. In the end, we see the four women poised, however precariously, on the thresholds of trust, candor, forgiveness, and love. In The Vigil, the lyric and meditative qualities that readers have long since come to expect from the work of Margaret Gibson combine with an unexpected dramatic and narrative unity. The result is a work that is daring and accomplished, a remarkable tour de force of imagination and technical skill, a ringing affirmation of Philip Booth's earlier assessment that Gibson is "a poet profoundly empowered."

Margaret Gibson is the author of twelve collections of poems and one prose memoir. A native of Virginia, now a resident of Preston, Connecticut, she has received numerous honors, including the Lamont Selection, Connecticut Book Award, and Melville Kane Award. Her collection The Vigil was a finalist for the National Book Award in Poetry.
Loading...
or support indie stores by buying on