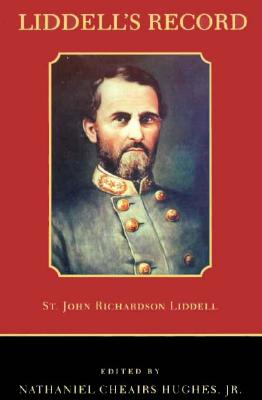 St. John Richardson Liddell (1815--1870), a conspicuous combat leader in the Army of Tennessee, was an important eyewitness to the making of history. A prominent Louisiana planter, he also served on the staffs of P.G.T. Beauregard, William J. Hardee, and Albert Sidney Johnston during the conflict and traveled in the upper circles of the Confederate military and political high command. In 1866, disillusioned and embittered by defeat, Liddell penned his memoirs for his sons. More than a description of his wartime experiences, Liddell's Record is one man's judgment on why the Confederacy failed, offering blunt, often harsh criticisms of Confederate leadership and fellow soldiers rarely found in such personal accounts.

Nathaniel Cheairs Hughes, Jr., is also the author of The Pride of the Confederate Artillery: The Washington Artillery in the Army of Tennessee.
or
Not Currently Available for Direct Purchase
Copyright © 2020 American Booksellers Association