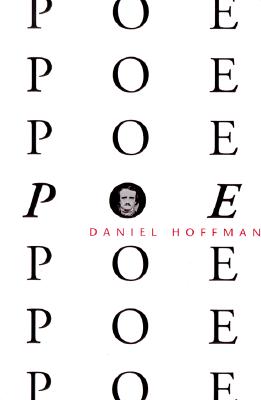 Poe Poe Poe Poe Poe Poe Poe is the exploration by a distinguished American poet and critic of his own lifelong fascination with the work of Edgar Allan Poe. Examining Poe's achievement as poet, as aesthetician, as inventor of the modern detective and science fiction genres, and as master of the psychological tale of terror, Hoffman revels in his subject. The result is a comprehensive, arresting interpretation of the oeuvre and a compassionate, personal portrait of its creator.

Daniel Hoffman has served as Consultant in Poetry of the Library of Congress, the appointment since designated Poet Laureate of the United States. He has published ten volumes of poetry, most recently Middens of the Tribe and Hang-Gliding from Helicon: New and Selected Poems, 1948-1988. His critical studies include Faulkner's Country Matters: Folklore and Fable in Yoknapatawpha; The Poetry of Stephen Crane; and Barbarous Knowledge: Myth in the Poetry of Yeats, Graves, and Muir. In recognition of the present volume, he was made an Honorary Life Member of the Poe Studies Association in 1995. He is Felix E. Shelling Professor of English Emeritus at the University of Pennsylvania and poet-in-residence of the Cathedral of St. John the Divine in New York City, where he administers the American Poets' Corner.
Loading...
or
Not Currently Available for Direct Purchase