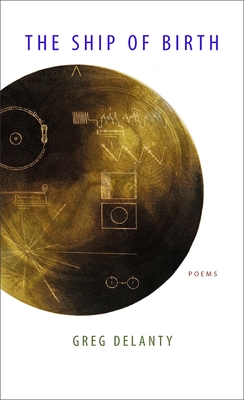 The Ship of Birth

The Ship of Birth records a father's responses in the time immediately be-fore and after the birth of his child. Just as material significant to the dead is placed in a ship of death, so this ship of birth contains what is signifi-cant to the child: the wonder and trepidation of the parents, reflections on the nature of the soul, thoughts on the future growth of the child. Greg Delanty's poems draw on his experiences in American and Irish cultures, using the traditional verse structures of seventeenth-century religious poets along with open modern colloquial forms to evoke the subtle inter-connections of the past and future. Delanty acknowledges the dark and difficult reality that the child faces, while affirming the sustaining conti-nuity of life.

A native of Cork, Ireland, and now an American citizen, Greg Delanty is the author of seven full collections of poetry, including American Wake; The Hellbox; The Blind Stitch; and Collected Poems 1986-2006. He is a recipient of the Patrick Kavanagh Award and the Austin Clarke Centenary Poetry Award and is artist in residence of the English department at Saint Michael's College in Colchester, Vermont, where he has taught since 1987.
Loading...
or support indie stores by buying on