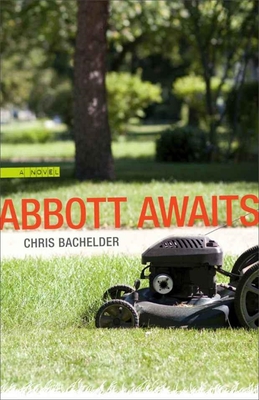 A quiet tour de force, Chris Bachelder's Abbott Awaits transforms the ordinary into the extraordinary, startlingly depicting the intense and poignant challenges of a vulnerable, imaginative father as he lives his everyday American existence.
In Abbott we see a modern-day Sisyphus: he is the exhausted father of a lively two-year old, the ruminative husband of a pregnant insomniac, and the confused owner of a terrified dog. Confronted by a flooded basement, a broken refrigerator, a urine-soaked carpet, and a literal snake in the woodpile, Abbott endures the beauty and hopelessness of each moment, often while contemplating evolutionary history, altruism, or the passage of time.
An expectant father and university teacher on summer break, Abbott tackles the agonizing chores of each day, laboring for peace in his household and struggling to keep his daughter clean and happy, all while staving off a fear of failure as a parent, and even as a human being. As he cleans car seats, forgets to apply sun block, clips his dog's nails, dresses his daughter out of season, and makes unsuccessful furniture-buying trips with his wife, his mind plays out an unrelenting series of paradoxical reflections. Abbott's pensive self-doubt comes to a head one day in late June as he cleans vomited raspberries out of his daughter's car seat and realizes: "The following propositions are both true: (A) Abbott would not, given the opportunity, change one significant element of his life, but (B) Abbott cannot stand his life."
Composed of small moments of domestic wonder and terror, Abbott Awaits is a charming story of misadventure, anxiety, and the everyday battles and triumphs of parenthood.

Chris Bachelder is the author of the novels U.S.! and Bear v. Shark. He grew up in Virginia and now teaches in the writing program at the University of Massachusetts in Amherst, where he lives with his wife and two daughters.
Loading...
or support indie stores by buying on