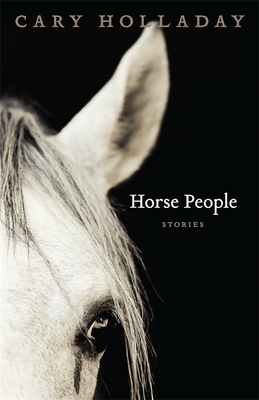 Set in the pastoral horse country of Rapidian, Virginia, the stories in Cary Holladay's Horse People chronicle the lives of the Fenton family through the Civil War, the Great Depression, and World War II. At the center of these interconnected stories is Nelle, a northern debutante who marries into the Fenton family and establishes herself as their stern and combative matriarch.

Nelle's arrival in Virginia sets up the familial conflict: The Fentons, though well-respected millers and horse-breeders, remain yeoman farmers, whereas Nelle grew up in a wealthy, sophisticated urban environment. Her high-brow sensibility creates animosity within her new family and fosters resentment among the rural poor. Headstrong and contentious, Nelle relies on an almost supernatural connection with horses to escape the hostility that surrounds her. As Nelle ages and experiences the sweeping cultural changes and hardships of early twentieth-century America, she comes to symbolize everything she once challenged in this community. Through these multi-generational stories, Holladay draws on the folklore and history of her native Virginia and examines the cultural, racial, gender, and economic tensions that pervaded the entire nation. As a result, Horse People considers a particular place and the life of an exceptional woman as indicative of the struggles of all.

Cary Holladay is the author of two novels and three story collections. Her writing has appeared in New Stories from the South, The Oxford American, The Southern Review, Glimmer Train, and Tin House. She has received fellowships from the Tennessee Arts Commission, the Pennsylvania Council on the Arts, and the NEA. She and her husband, writer John Bensko, teach at the University of Memphis.
Loading...
or support indie stores by buying on