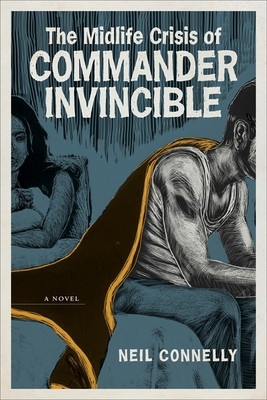 The Midlife Crisis of Commander Invincible

Once the mighty superhero Commander Invincible, thirty-nine-year-old Vincent Shepherd now faces new enemies: downsizing, a second divorce, and the strains of fatherhood. Decades ago, Vince made a living fighting supervillains, huge irradiated insects, and androids armed with death rays. But when the good guys won the war, heroes like Vince grew obsolete. Certain that his younger wife is starting to find their marriage as frivolous as his old cape, Vince embarks on a scheme to reestablish himself not only as a superhero but as a super dad and a super husband. Confronting former allies with long-buried secrets, he must also battle the same demons we all encounter: doubt, regret, loss, and failure. The Midlife Crisis of Commander Invincible turns a literary lens onto the world of comic book fantasy to reveal the challenges of simply being human.

As a teen, Neil Connelly worked at Beachhead Comics in Allentown, Pennsylvania. Later he directed McNeese State University's MFA program in creative writing. He now teaches at Shippensburg University and lives with his wife and their two sons. This is his fourth novel. His website is www.neilconnelly.com.
Loading...
or support indie stores by buying on