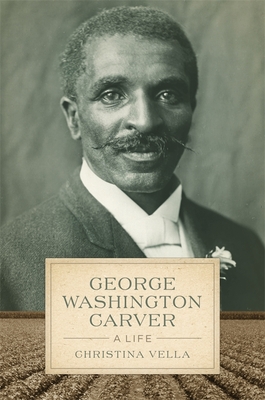 Nearly every American can cite at least one of the accomplishments of George Washington Carver. The many tributes honoring his contributions to scientific advancement and black history include a national monument bearing his name, a U.S.-minted coin featuring his likeness, and induction into the National Inventors Hall of Fame. Born into slavery, Carver earned a master's degree at Iowa State Agricultural College and went on to become that university's first black faculty member. A keen painter who chose agricultural studies over art, he focused the majority of his research on peanuts and sweet potatoes. His scientific breakthroughs with the crops -- both of which would replenish the cotton-leached soil of the South -- helped spare multitudes of sharecroppers from poverty. Despite Carver's lifelong difficulties with systemic racial prejudice, when he died in 1943, millions of Americans mourned the passing of one of the nation's most honored and well-known scientists. Scores of children's books celebrate the contributions of this prolific botanist, but no biographer has fully examined both his personal life and career until now.
Christina Vella offers a thorough biography of George Washington Carver, including in-depth details of his relationships with his friends, colleagues, supporters, and those he loved. Despite the exceptional trajectory of his career, Carver was not immune to the racism of the Jim Crow era or the privations and hardships of the Great Depression and two world wars. Yet throughout this tumultuous period, his scientific achievements aligned him with equally extraordinary friends, including Teddy Roosevelt, Mohandas Gandhi, Henry A. Wallace, and Henry Ford.
In pursuit of the man behind the historical figure, Vella discovers an unassuming intellectual with a quirky sense of humor, striking eccentricities, and an unwavering religious faith. She explores Carver's anguished dealings with Booker T. Washington across their nineteen years working together at the Tuskegee Institute -- a turbulent partnership often fraught with jealousy. Uneasy in personal relationships, Carver lost one woman he loved to suicide and, years later, directed his devotion toward a white man.
A prodigious and generous scholar whose life was shaped by struggle and heartbreak as well as success and fame, George Washington Carver remains a key figure in the history of southern agriculture, botanical advancement, and the struggle for civil rights. Vella's extensively researched biography offers a complex and compelling portrait of one of the most brilliant men of the last century.

Christina Vella received a PhD in modern European and U.S. history from Tulane University, where she is a Visiting Professor. A consultant for the U.S. State Department, she lectures widely on historical and biographical topics.
or
Buy Here
Copyright © 2020 American Booksellers Association