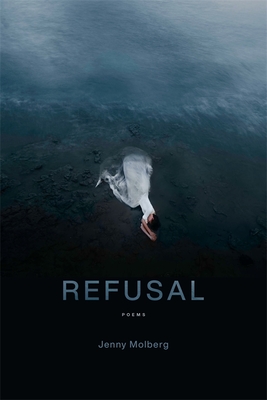 In Refusal, her searing new collection of poetry, Jenny Molberg draws on elements of the uncanny--invented hospitals, the Demogorgon of Dungeons & Dragons, an Ophelia character who refuses suicide--to investigate trauma, addiction, and forces of oppression. Exposing the effects of widespread toxic misogyny, this confrontational volume examines societal, cultural, and personal gaslighting in situations of domestic abuse. As Molberg writes in "Loving Ophelia Is," "love and hate simultaneously is the trick of abuse / and the trick of abuse is a vexation of the mind." A sequence of epistolary poems looks to friendship as a safe haven from violent romantic relationships, while another series on a mother's struggle with addiction captures the complicated nature of a parent-child relationship affected by alcoholism. Refusal seeks to break silences and to interrogate a cultural misogyny that weighs heavily on a woman's position in the world.

Jenny Molberg is the author of Marvels of the Invisible. Her poems have appeared in Ploughshares, Third Coast, Tupelo Quarterly, and many other publications. She is the recipient of fellowships and scholarships from the National Endowment for the Arts, the Sewanee Writers' Conference, and the Vermont Studio Center. She teaches at the University of Central Missouri, where she directs Pleiades Press and edits Pleiades: Literature in Context.
or support indie stores by buying on
Copyright © 2020 American Booksellers Association