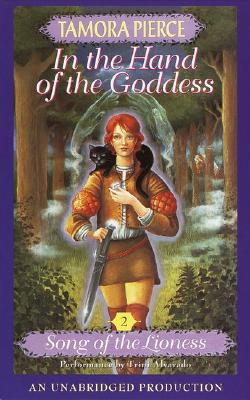 Song of the Lioness #2

In the Hand of the Goddess

The second book in The Song of the Lioness quartet.

Disguised as a boy, Alanna of Trebond becomes a squire--to none other than the princes of the realm. But Princes jonathan is much more to Alanna; he is her ally, her best friend, and one of the few who knows that she's really a girl. Now it will take all of Alanna's awesome skill, strength, and growing magical powers to protect him from the mysteriousevil sorcerer who is bent on his destruction—and hers.

Trini Alvarado film credits include Meg in the most recent movie version of Little Women and Helen Ruth in The Babe. She has also appeared on television and the stage. Ms. Alvarado also narrated Alanna: The First Adventure for Listening Library.

Praise For Song of the Lioness #2: In the Hand of the Goddess…